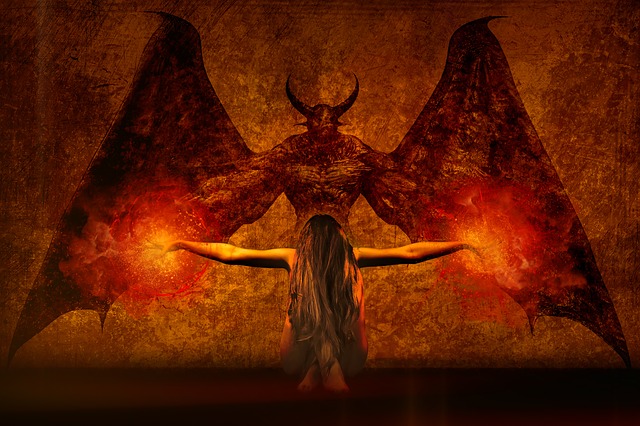 One night, John and some friends messed with a Ouija board. His mom gave him the board as a gag one Christmas, and he thought it could kill time. The board lay in the middle of the room, everyone sitting on their knees as close as they could. Everyone put a finger on the planchette and they gasped as it moved across the board.

This question sent the planchette spiraling around the board, a few people gasping. Then it slowed and stopped over No. “What the fuck? Who’s doing this shit? I bet it’s Rob!” cried Julie, unnerved by the actions. “What? No way! I was barely touching the damn thing!” yelled Rob. Alex proclaimed over them “We have to finish this guys, we can’t just walk away”. They did not like the notion. “I am not touching that goddamn thing again” Julie screamed, stepping away. “We must close the board, you have to say goodbye and let them leave. Else they can do whatever!” this chilled the group, and they silently sat back around the board.

Hesitantly, Rob pulled the planchette back to the middle of the board. Scared and nervous, he looked around and said “Come on guys, just a finger on the board. We ask it to leave, say goodbye, and get the hell out of here ourselves”. Everyone obliged, putting a fingertip back onto the planchette. Rob stated in a monotone, “Spirit, we wish to leave. Will you leave us now? Goodbye.” Every eye stared at the board, and when the planchette moved. The group gasped. It drifted to the left, towards the Goodbye, as everyone watched in silence, but then it stopped. It was over the I. Then the A. M. D. E. A. T. As it traveled to H, John screamed and removed his hand. In pure panic he did not even realize he had moved. Rob shouted, “NO, John what did you do?!”. Every light fizzed and died out. Screaming and pushing, they spilled out of the room, except John. Too scared to move, everyone waited outside the door, but they had to get John out. After a moment, Rob entered the room, shaking head to toe, and flipped the light switch. They burst on and illuminated the silent room, still planchette, and John convulsing over the board.

John woke that night. It must have been 1 or 2 AM, and the sound of a squeaky gurney woke John to the fact he was not at home. Blinking the crust off his eyelids, John looked around at the stark white walls that matched the thin sheets covering his body. The machine next to him beeped every few seconds, and the room was rather dark overall since most the lights were off, the hallway breeching its light into the room. John had only walked through a hospital when his mother had been sick, besides that he had a healthy life. Why was he here? He could see the Ouija board and the panic of his friends, the lights going out, then so did he. Plopping his head back on the pillow, John closed his eyes and rubbed them with his palms. Like a note in the wind lost to most ears, John heard “freeeee”.

He was never alone again. A second shadow, something now a part of John’s body and well-being. He learned while in the hospital he could see the demon in mirrors, latched to his back. The demon told him his name was Barbroosh, he fed off emotions of the host. If John got angry, Barbroosh ripped tiny pieces of flesh off his back, an army of invisible ants biting and tearing. If John became happy, his back would heal and Barbroosh would smile because he became stronger. He could feel the demon grow as he felt better as if their lives were one. John had locked himself inside his apartment after leaving the hospital. His friends had visited his room, but he was too tired to care.Rob told him how that board was a stupid idea, which irked John. This was when he learned anger and sadness were a trigger, his back engulfed in burning sensations. His friends called in the nurses, but there was nothing visible, they brushed it off as lingering nerve damage upping the morphine. He left the next day, studying the behavior of the demon.

Every day John woke up to Barbroosh whispering evil in his ear. Barbroosh always elongated his words, stringing them out over his whispers, manipulating the atmosphere to form them. Sometimes it was torture techniques, sometimes nervous rambling, sometimes a simple low hum that carried for minutes. John tried to understand what the demon wanted, it seemed to like just messing with humanity 1 by 1. John loved to meditate, and his sessions calmed and healed him, but he always returned to anger, sadness, and frustration. The moment Barbroosh felt strong again, he would poke at John. John kept his spirits as high as he could, but it was wearing on him. As he tried figuring out ways to get rid of the demon, he became depressed. Nothing worked, it made the demon tear into him or get stronger. John could not accept this as his new life. He had to find a way. Day 8 after the incident John had a new idea and grabbed a knife and tried cutting his wrists. As the blade reached his skin, Barbroosh hurled out an arm and shoved it away. John could not kill himself, this demon would not allow it. John saw no way out. He tried killing himself a few more times over the next few days, surrendering to reality and his gut.

The food in the house had run out, and he was now starving, but John did not want to trigger the wrong emotion in public. The demon interfered with his suicide, what if it could intervene with others? But now he had to get food. Pizza. He picked up the phone and ordered a medium pizza for delivery and it arrived within an hour. John opened the door,

“Hey there! You order some pizzas?”, said delivery man, a well-built Hispanic man with only a slight accent.
“Sure did” said John with a big smile.
“That will be $31.76 sir”
“What?”, said John bewildered “it is just 1 medium pizza and an order of wings right?”
“Yes sir, and the $10 delivery charge brings it to…”
“What the fuck, no one said tha…” his back burned, and he yelped.
“The hells wrong with you man, just pay up” the delivery man’s patience wearing thin.

This snide remark sent John over the edge. Pain and stress from the last 10 days built up into this moment and he screamed “Fuck you!” and lashed out for the pizza. The man pulled them back and shoved John in the chest. John punched the man across the face. The man’s eyes widened, and he pulled out a switchblade, charged at John, and flew backwards across the yard. John watched him fall backwards and hit the ground, then convulsed. “Oh fuck! No no no!! What happened” He yelled. John went through scenarios in his head. Had the man’s head bounced off the floor? Did Barbroosh just suck out his soul? He got closer and saw the silver switchblade protruding from the man’s neck. The artery kept pumping a constant stream blood out into the grass around the now still body.

Pure panic sunk in. John whole body trembled, but no one around had noticed the scene yet. “Gooo for a drivvve Johnnn, think thingsss overrr” Barbroosh’s voice trailing off as it always did. He ran for the car, keys in pocket, and took off down the boulevard. Tears ran across Johns face, he killed a man. Well, the demon did but who the fuck would believe such a story? Reaching 60mph and going faster, John headed out of the city. He could not face punishment, there was nothing to return to. He killed someone. The words burned his essence and soul, and he looked in the rear-view mirror. The goddamn demon healed as Johns melancholy took over his rage on the car ride. He could not let this thing win. Approaching 80mph, John saw a gas station on the left, jammed the wheel and ran into the first pump. The car rammed knocked it over and ran into the next pump over. Johns face had smacked the steering wheel busting his nose and glass shards cut sliced him without regard. He looked around as Barbroosh whispered “You canttt Johnnn”. John reached into his pocket and took out a lighter. Gas poured around the car and puddled under John’s side. He smiled and felt a warm sense of healing, then *flick*.

Johns friends found out about the accident later that night. They got together to remember John and the wild times they had, good and bad. What a nightmare this had become. Everyone told stories of John. As Rob listened to Amanda talk about the Ouija board and the fateful night, he got chills. Rob despised that board, but it was a part of them. A tear ran down his cheek thinking of John and yesteryear. Rob sniffled and rubbed his nose with his sleeve, and a faint voice traveled to his ears. “Stilllll freeeee”.

View all posts by ReaperScoob