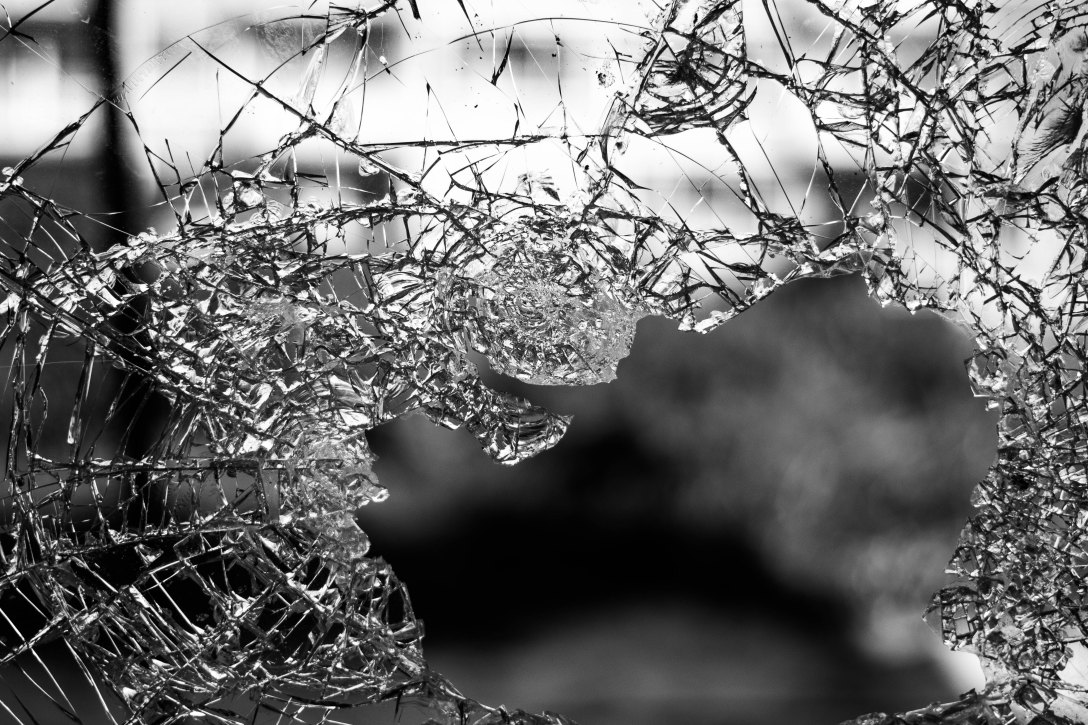 “Good boy Bruno!” she exclaimed as she pet the German Shepard’s head. Darla picked up the ball and threw it again. As Bruno took off, she took in the brilliant sunlight. A man walked by on the other side of the street and Bruno had taken notice. Bruno was never a violent type, sweet with adults and children alike, but this man set him off. Baring teeth and barking caught the man’s attention, who glanced up. He stopped for a moment, observing the dog intensely, then walked on. It troubled Darla, not just her dogs out of character reaction, but the man. She swore she had seen him the past couple weeks somewhere, but he did not fit the area. “Knock that off Bruno, Come! Yeaaa, good boy!” he came running back to her since the threat had moved on.

Darla stood in front of her mirror, scrubbing her teeth, removing the days filth. The days activities flashed through her mind, the water as a metronome in the background. Bruno, her German Shepard, groaned on the bed as he elongated his body this way and that, getting the perfect stretch. Darla finished with her teeth, threw on some pajamas, and grabbed her recent adventure, The Catcher in the Rye. She lifted the sheets and climbed into bed, positioning the pillow behind her to read easier. As she read, Bruno curled up next to her legs, enjoying the warmth.

Bruno’s ears twitched. There was a sound from downstairs, a banging. Head up, Bruno focused on the sound and growled. He leaped off the bed and headed for the stairs, Darla only stirring a bit from the movement. Bruno stood at the top of the staircase when a window below made a cracking sound. Barking like mad, Bruno ran down the stairs and toward the sound. Darla shot up from the commotion, “Bruno? What is it?”. She heard him snarling and growling along with the steps of something else on the shattered glass. She screamed for him to come back upstairs. Suddenly, Bruno let out a yelp, winced, then there was a thud.

Silence settled over the house. Darla’s eyes wide, her lungs had forgotten how to function. Her eyes welled with tears, but no sound came from her mouth. Blackness lay in front of her and she remained as still as possible, hoping to hear her companion walking back. Heavy boots landed on her wood flooring, sending her heart to her throat. Paralysed, she stared toward the stairs. A creak on the first step broke her spell. She jumped out of bed, bounded for the door, and slammed it shut. The steps now hurried up the stairs and stopped outside the door. Darla pressed against the door with all her weight. Whatever was on the other side let out a loud sigh and took a couple steps back. Darlas eyes remained as wide as dinner plates, pure silence.

The man slammed the heel of his boot into the door, breaking the frame and flinging Darla to the floor. She scrambled for the bed but the man kicked her in the ribs. He grabbed her by the shirt and lifted her off the floor. She wriggled around and slipped from the shirt, falling back to the floor. Now feeling incredibly vulnerable, she shrieked. Darla kicked at the man’s legs while covering her breasts with her arms. He grabbed an ankle, then the other. Darla screamed out at her attacker, but he pulled her back and punched her in the head. She went limp as he picked her up and tossed her on the bed. He yanked her pajama bottoms which came right off. Darla’s world spun, all she could hear was this man’s heavy breathing behind her.

He dropped his pants and moved toward the bed. A clacking came from behind him, then a low growl. The man turned around and there stood Bruno. The dogs eyes now had a faint yellow glow and a deeper growl. Bruno lunged at the man, biting on the closest piece of him. The man screamed in pain and fell to the floor as the tip of his penis and a section of his thigh tore from the rest of him. Writhing in pain the man shrieked. Darla shook from head to toe and rolled over to see what was happening. He put a hand on the bed and tried to get up. Bruno clamped deep into the side of his neck and shook violently. The dog chewed on the mound of flesh in its mouth as the man bled out, not a word to be said. Bruno gulped and climbed onto the bed. Darla sat upright and Bruno curled in her lap. She could now see her dog covered in blood mixed with flayed flesh and fur. Slashed from head to toe, he looked at her with those eyes, still piercing with a glow. She did not understand what happened, but she hugged him close to her naked body, crying with relief. Bruno sighed and his body went cold. Darla looked up, she was alive.

View all posts by ReaperScoob